Tap here to call us.

Helping seriously-injured clients for over 40 years. 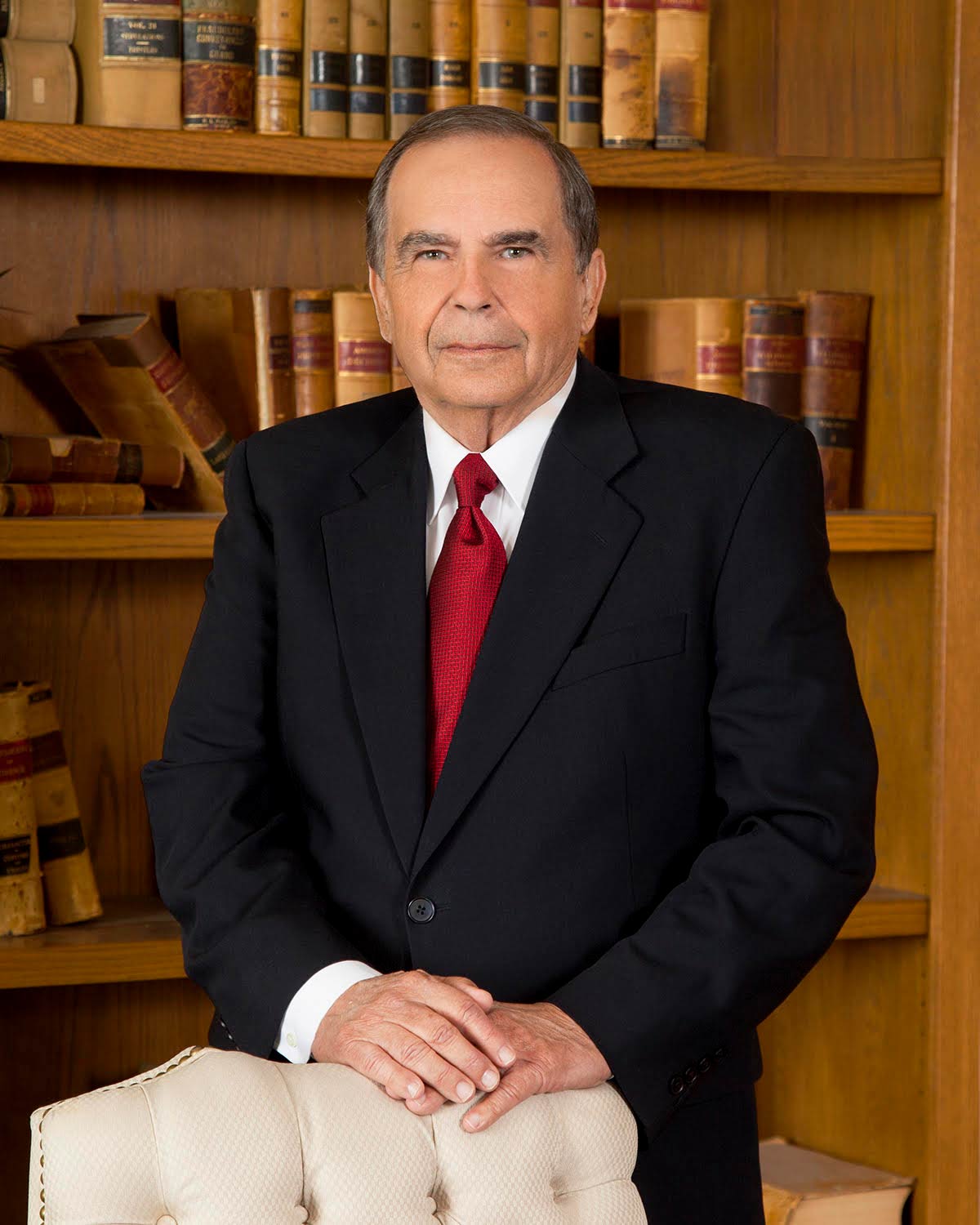 George is AV® Preeminent™ 5.0 out of 5 Rated personal injury litigator by Martindale Hubbell. He is the recipient of the Kern County Bar Association’s 1996 Bench & Bar Award. He obtained his B.A. degree from California State University, Sacramento, and his J.D. from the University of California, Davis, School of Law. He is still keenly interested in education, having served as Dean of California Pacific School of Law, was Chairman of California State University, Bakersfield, Foundation’s Board of Directors, and is the founder and organizer of the Bakersfield Business Conference.

George has tried varied legal actions, many of which have worked their way through the appellate courts to make new law. A few of his reported appellate court decisions include: Riddick v. Hay, 45 Cal.App.3d 464 (establishing duty of look out and imputation of driver negligence to passenger); United Farm Workers v. Superior Court, 47 Cal.App.3d 334 (establishes tort of the essence); Leach v. Drummond Medical Group, 144 Cal.App.3d 362 (establishing a tort for refusing treatment to a class of patients in a medical monopoly); and Bank of America v. S.C. Anderson, 24 Cal.App.4th 529 (defining elements of the damages of lost profit for a contractor).

George has mediated and arbitrated large complex cases and simple automobile cases with the same diligence to getting the parties to agree to reach a resolution.

George is married to Linda Martin, and they have two sons, Bry and Brandon, both of whom are attorneys.

(If you cannot come to us, we will come to you.)